John Fleischman, Jr. — Founder & Director: Mr. Fleischman holds Bachelor and Master of Music Education degrees from the State University College at Fredonia, and has done graduate work in voice performance at SUNY Fredonia, SUNY Potsdam, and the Eastman School of Music. He is presently on the music faculty at SUNY Buffalo State, teaching Class Voice and conducting the Buffalo State Chorale. He is past president of the Erie County Music Educator’s Association and previously served as NY ACDA Repertoire and Standards Chair for Children’s Choirs. Mr. Fleischman is also a member of the New York State School Music Association and the National Association for Music Education. In 1995, he was awarded the Artist-Teacher diploma after completing Level III of the Choral Music Experience Institute for Choral Music Education under the leadership of Dr. Doreen Rao. In 1997, he was the recipient of the Buffalo Philharmonic Orchestra and Erie County Council of Music Coordinators Award for Excellence in Choral Music Education.

Mr. Fleischman founded the Western New York Children’s Chorus, now the Buffalo Niagara Youth Chorus. The Youth Chorus includes three ensembles, the Concert Choir, the Chamber Choir, and the Pop, Broadway, and Jazz Choir. The Youth Chorus has performed extensively throughout the United States, Canada, and Europe, and has twice performed at Carnegie Hall in New York City. Four years ago, the Buffalo Niagara Choirs was formed with the addition of an adult choir, the Buffalo Master Chorale, for which John is the Associate Conductor. Mr. Fleischman also maintains a private voice studio in Orchard Park.

David G. Curtis — Concert Choir Accompanist: Mr. Curtis is currently the Director of Choral Activities at Niagara Wheatfield Senior High School, Organist at the Oakfield United Methodist Church, and is the former director of the Niagara County Community College Choir. Mr. Curtis is a graduate of the State University of New York at Buffalo. He frequently conducts and accompanies All-County and Honors Choirs throughout New York State and has presented numerous workshops in Music Education and Choral Conducting to Music Educators. His choirs have earned numerous awards at festivals and competitions. The Niagara Wheatfield Choirs, under his direction, have performed for many conferences, workshops, and festivals, and has served as a model choir for students from the University at Buffalo, Buffalo State College, and Houghton College. As a music educator, Mr. Curtis has received the Irving Cheyette Music Education Award from the University at Buffalo for excellence in Music Education.

Ciaran Krueger — Director, Concert Choir is a music teacher at Franklin Middle school in the Ken-Ton school district, Director of Music at St. James U.C.C. in Hamburg, and the former Artistic Director of the Buffalo Gay Men’s Chorus. He received a Bachelor’s in Music History and a Master’s in Choral Conducting with Harold Rosenbaum both at the University at Buffalo. As a choral singer, Mr. Krueger has performed under the baton of Robert Bass, Leon Botstein, Ennio Morricone, and Michael Christie, at such locations as Carnegie Hall, The Brooklyn Academy of Music, Radio City Music Hall and before the General Assembly of the United Nations as part of Ennio Morricone’s North American concert debut. Mr. Krueger lives in Clarence with his wife Lisa, and their four beautiful children. 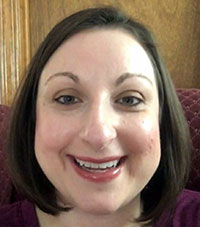 Kristen Smith — Associate Director, Chamber Choir is thrilled to be back in Buffalo and excited to work with the Buffalo Niagara Youth Chorus! Her music education includes a degree from SUNY Fredonia, and a Master of Music degree in Voice Performance from the New England Conservatory. While at the New England Conservatory, she studied voice with the acclaimed lyric coloratura Carole Haber. Mrs. Smith has taught general music and chorus in both Massachusetts and Texas with great success, taking her choirs to state competitions and receiving superior ratings; she currently teaches Mini Music Makers classes for 0-5 year olds and voice lessons at Main Stage Studios both downtown and in East Aurora. She and her countertenor husband also lead Kids Worship at their church, Life Church Buffalo in West Seneca. Mrs. Smith and her husband recently purchased their first home in Hamburg and are excited to be raising their son, Cohen, in Western NY!