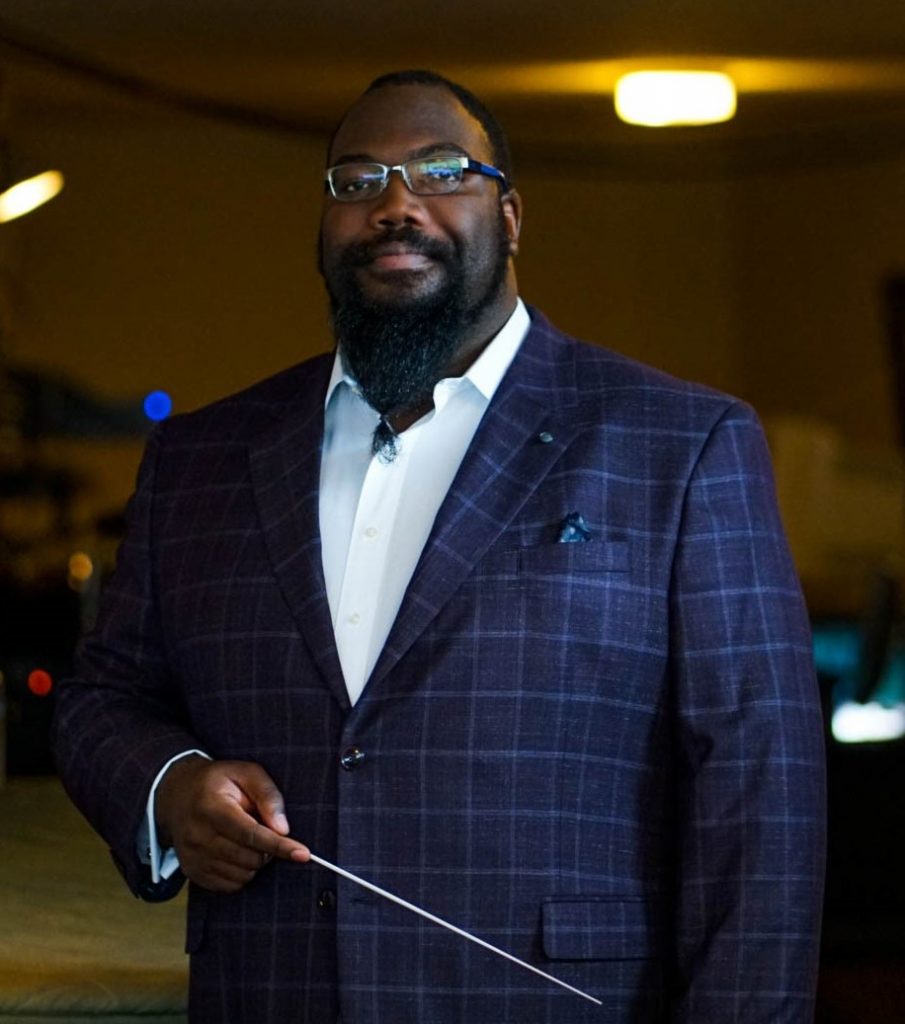 In addition to his orchestral activities, Mr. Dunn has also maintained a vocal career which began during his time in central Ohio. With a strong focus on oratorio and sacred music, Mr. Dunn has been Bass Soloist for performances of the Requiems of Mozart and Verdi, Handel’s Messiah, Gounod’s St Cecilia Mass, Schubert’s Mass in Eb; Jesus in Bach’s St. John Passion; and Baritone Soloist in Carmina Burana. He has also been a part of opera productions including Falstaff, The Barber of Seville, La Bohème, La Traviata, Cavalleria Rusticana, and The Merry Wives of Windsor.

In a professional capacity, it is Mr. Dunn’s continued goal to raise awareness for African-American performers in classical music at all levels and in all mediums.

Affirmation of Hope – All Things Irish

“We were truly honored to be part of your amazing concerts. The girls had a great time and can’t stop talking about it .... Every time they have a new experience like this, it helps to build their confidence and character, which makes them not only better dancers, but better people.” Beth McCarthy - Director, McCarthy School of Irish Dance

Mozart and The Sound of Music

“The Buffalo Master Chorale rewarded us Saturday evening with a delightful program of Mozart. We enjoyed not only the chorus' precise performance but also the exceptional soloists. This is obviously due to dedicated preparation and leadership. In addition, an actor portraying Mozart contributed a theatrical realism for an audience which included many children. The chorale and its superb director, Doreen Rao, are a valuable asset to our community.”

“My years in the Western New York Children’s Chorale [predecessor to Buffalo Niagara Youth Chorus] provided me with a lifetime of memories and an amazing foundation of musical skills on which to build my future career. The musicianship and discipline we learned at a young age combined with the inspiring teachers and musicians we worked with changed the course of my life. The experiences of singing at the Duomo in Florence, Italy, and at Carnegie Hall in New York City are still highlights of my musical life.”

“As a parent of a 10-year chorister member, I would like to express our family’s gratitude for the years of beautiful, professional, and challenging music that you have performed for us through the years. There are many benefits to this wonderful organization. Besides the fantastic music education, our daughter made great friends and got to share her love of music with them. As a current music major in voice performance, our daughter, Hillary, was well prepared for the college experience. The wealth of knowledge and discipline gained has proven invaluable.”

“Buffalo Niagara Youth Chorus was one of the best experiences of my life. When I started in BNYC as a sixth-grader, I was extremely shy and tentative around my peers and teachers. But, as time passed, I found that I was accepted by all because we had one commonality. We all loved to sing. As I grew up, I began to realize what a treasure BNYC was. This wasn’t an organization to join because it would look good on a resume. This group shared something at a deeper level. This bond turned into everlasting friendships. As I grew closer to my fellow singers, I was able to overcome my shyness. BNYC is not just a fantastic musical education, it’s a safe place to develop as an adult, overcome your fears, meet great friends, and share a passion with people from a variety of different backgrounds. Music is my passion. It started in middle school and will follow me for the rest of my life.”

“As the Buffalo Niagara Youth Chorus enters its 25th anniversary year, I find myself reflecting on my time spent participating in the chorus and how it has helped me grow as a musician. At the age of 8 years old, this choir and my ever-supportive family granted me the opportunity to create and explore my interest in vocal music. This would end up being the greatest gift I could ever receive. Singing with the chorus at a young age would prompt a lifetime journey through music that would influence my personal relationships, career, and all-around growth as a person."

“My family has been a part of the BNYC for 23 of its glorious 25 years! I believe we hold the record. My sister Annie began early in its formation and continued into high school. My brother Mike started in elementary school and continued through middle school until his voice got too low to participate. I myself joined in third grade and have been a member for 10 years, this being my last, as a graduating senior. Personally, my involvement in BNYC has grown my love of beautiful music even further than I thought possible. It has introduced me to music from around the world and has helped me appreciate other cultures and traditions. I’ve grown up singing and that is a gift I most appreciate."

Emily Wiencek and the Wiencek Family

“Thank you for working with us to bring the joy of our home and culture to Buffalo!!! By seeing the audience and talking to many Latinos, they also felt so happy and blessed by you all for celebrating the Americas!”

“The Buffalo Master Chorale is a premium choral ensemble - what a gift to us all!”