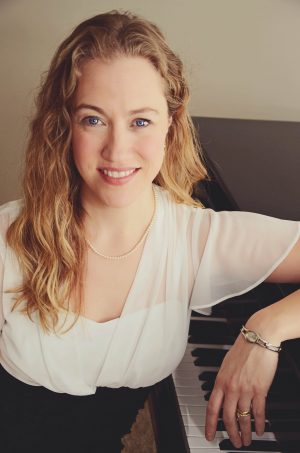 We have a new

For the Children’s Choir!!

Andrea Shurtliffe received her Bachelor of Music Education from The Pennsylvania State University and continued her musical training at Duquesne University and The Eastman School of Music. Over the course of her 20+ year career, Mrs. Shurtliffe has worked with students of all ages. Much of her time was spent in the public schools of Pennsylvania where she taught K-12 general and choral music in addition to directing musical theater productions. In 2004 she was invited to present a reading session of new choral music at the American Choral Directors Association Eastern Division Conference in Boston, Massachusetts and in 2007 she served as a guest conductor for the Champlain Valley District III Honors Choir near Burlington, Vermont.

As a singer, Mrs. Shurtliffe has served as a soprano soloist and professional core member with the Bach Choir of Pittsburgh, Buffalo Philharmonic Chorus, First Presbyterian Church of East Aurora and is a charter member of the newly formed Buffalo Women’s Choir. She lives in Colden, New York with her husband Brett, and 2 daughters, Madelyn and Ashlyn.

We continue to get recipes for our Buffalo Niagara Choirs Cookbook. Please join us to help make this a successful fundraiser for the start-up of the choirs once it is safe to do so. Just scan, type, and/or download your favorite recipes and email to hssalva@gmail.com. Please put BNC COOKBOOK in the subject. You may also send them snail mail to Buffalo Niagara Choirs, Inc., PO BOX 245. GETZVILLE, NY, 14068. Recipes must be in by December 1st, 2020. However, don’t wait! Send them ASAP. This is an easy way to show support for the Buffalo Niagara Choirs. Thank you.

WE are a family of choirs – children, youth, and adults – dedicated to excellence in performing choral music and to the importance of singing all lifelong. We are committed to collaboration with diverse artists and cultural organizations, and to celebrating the richness of musical traditions from our own neighborhood and around the globe.   We believe in the power of the human voice and in making the transformative potential of song available to everyone.